What a week it was at NASTAR National Championships at Steamboat Resort. From March 21 through March 27, racers learned new skills, made memories, earned medals, fostered friendships and formed new bonds in the picturesque backdrop of Colorado’s Rocky Mountains.

NASTAR is the largest known recreational ski and board competition program in the world. Anyone can run one of its public racecourses located at 115 resorts and qualify for the program’s annual championships. As such, this creates quite a mix of interesting folks and stats at Nationals. This year, nearly 1,000 racers from ages 3 to 89, qualified from 107 resorts and competed across five different ability divisions.

As our pre-championships coverage at NASTAR.com indicated, the path to Steamboat had many stories and start points at ski areas around the country. At Mount Southington outside of Hartford, many prepped for Nationals at the Connecticut Ski Council’s Monday Night NASTAR event.

Visiting the event in February, I met friends and competitors Rob Dexter and Pat Moore, who were readying to compete at Steamboat in the 60 to 65 Platinum division. “I’d like to make the podium in Platinum [alpine] and win my age group in snowboarding,” Pat told me of his goals for Nationals. Dexter shared the same goal — “to make the podium.”

We also caught up with New Jersey brothers Joshua and Ethan Rosenberg (11 and 7) who trained on Okemo Mountain’s public NASTAR course to compete at Steamboat in both GS and slalom. Joshua’s goal for his fifth Nationals was to get on the podium in both disciplines.

Herbert Maierle, 80, from New York City, told us about the journey to his 11th NASTAR championships. “Basically, I like racing,” said Maierle, who had earned gold at previous Nationals. “I hope to win again.”

And sisters Kylee and Eryn Warren, ages 7 and 10, from Winchester, Calif., prepped for Steamboat through regular runs at Deer Valley Resort’s NASTAR course. Younger sister Kylee’s goals for Nationals included “to get a silver or gold medal but mostly to ski my best,” she said.

Moving to Steamboat early in the week of Nationals, I caught up with the volunteers who make the competition possible — donating time to everything from registration and start gates to the distribution of gifts and prizes. Hilda Patton and Patty Loeper traveled from Pennsylvania to assist. Patton said she enjoyed “seeing the excitement of the athletes and their families,” especially while managing the timing boards at the bottom of courses. Patton’s friend Patty Loeper compared volunteering for NASTAR to planning for a wedding. “Behind the scenes there’s a lot that goes into this,” she said, “and somehow it all comes together.”

Two days before competition began, many racers participated in one of Steamboat’s race clinics, where expert instructors such as Steamboat’s Kris Hagenbuch and Wes Barken coached NASTAR competitors on course inspection, technique, and tactics. In addition to remembering to maintain good forward hand position, 14-year-old Claire Wilson from New York City also found the clinic helpful “to remember to keep the fun in training and competition.”

Nationals racers also received advice from the best ski racers in the world through the U.S. Ski Team’s management of NASTAR. Sochi Olympian and U.S. Nationals champion Travis Ganong led a race clinic that included Dr. Alan Walker, the Dean of Sierra Nevada College, where Ganong studies. In addition to challenging my skills in a head to head GS race, Ganong gave his expert advice on good race stance and clean starts.

On Wednesday, March 23, competition began. Five-time alpine Olympian Casey Puckett paceset courses as hundreds of racers compared themselves to his times and competed against their peers for medal’s and the chance to race in NASTAR’s Race of Champions.

I noticed Rob Dexter and Pat Moore together on the podium, each having attained the goals they told me about weeks before. Joshua Rosenberg won his 10 to 11 Platinum division. Herbert Maierle once again won his Gold division.

Even for those who did not make the podium, there were wins in free prizes, U.S. Ski Team autograph signings, and live entertainment.

In addition to individual titles, each participant represents the resort where they qualified in the Resort Team Competition. It is always difficult to beat the host resort team but this year the group of racers representing Park City took the resort team title ahead of Aspen Mountain and Steamboat.

On Saturday and Sunday, March 26 and 27, NASTAR Nationals wrapped up with the Race of Champions, Team and Friends Races, and Slalom Championships.

Monique Hicks won the ladies 35-39, Gold division to qualify for the Race of Champions with a handicap of 31, and she recorded the lowest discounted time to take the win ahead of Chestnut Mountain's Jenna Muchow and Wendy Van Curen from Holiday Valley, NY.

The combined division groups adaptive racers, snowboarders and telemarkers together and with their established handicaps so that they can race for the overall win. Telemarkers Emily Mires and Emma Poper went 1, 2 in the ladies race ahead of snowboarder Savannah Johanik.

In the raw time categories, Vail’s Nicola Rountree-Williams (age 13) was the overall female alpine champion, while Danny Elkins (age 28, who skis at Steamboat) took the title for the men. In the Combined event, telemarker Emily Mires (16) claimed the female Race of Champions title, while Jeffery Gay (22) won on the male side.

Later on Saturday, the competition and camaraderie of NASTAR really came together in the Friends and Team races. Groups of competitors raced under some creative squad names such as “Okemotion," “The Space Cowboys” and the “Maniacs” (led by Casey Puckett).

NASTAR Nationals at Steamboat concluded with the slalom Championships on a sunny Sunday. Even after a week of racing and festivities, a group of competitors still found plenty of energy to swap longer radius GS turns for stubby gates skied in rapid succession. There were many winners and podium takers. One of them was young Joshua Rosenberg, who lived up to the second goal he’d relayed to me weeks earlier, to get on the podium in both GS and slalom. He won his slalom division. 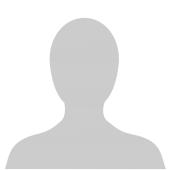