This article was originally published on Skimag.com on July 8th, 2020

NASTAR's founder was a force of nature, transforming the ski industry and dedicating his life to bringing as many people to the sport of skiing as possible.

We all have our childhood heroes and idols. I wasn’t your normal middle school girl back in the early ’70s. While my friends were saving up for Tiger Beat and hoping for a David Cassidy pullout poster, I was poring over the latest issue of SKI Magazine, looking for stories written by my idol, John Fry.

John’s love not just of the sport itself but the world it thrives in resonated with me from the day I first read his words. I was sitting in Hoigaard’s Ski Shop in Minnesota—waiting for who knows what I needed for that season—and a copy of SKI was sitting on a table. I sat down, flipped it open, and was transported. Through John’s writing and pithy editing, I at once understood why I so loved my sport. It wasn’t just sport, it was life.

So affirming was the moment, I can still remember the color of the couch (chartreuse— those were the groovy years). I did not understand then that John was already impacting my ski life—and all our ski lives—in a positive way. My mom had picked up skiing as an adult (to ski with her kids) and used the Graduated Length Method, a teaching technique endorsed by John Fry, to learn. I was an early NASTAR adopter (John founded NASTAR), eventually scoring a coveted national championship spot before turning my focus to freestyle skiing.

On career day, when all the other kids came dressed as veterinarians, doctors, or firefighters, I came in my goggles and ski pants, grasping my well-read most-recent copy of SKI. “I’m going to be a writer for SKI Magazine,” I announced. Miss Shickert suggested I find a more realistic goal. “John Fry will hire me,” I thought, in the brazen confidence of a child. I was half right. John did hire me—not for SKI, for which he would later serve as Editor in Chief, but for Snow Country magazine, the ahead-of-its-time lifestyle magazine about ski culture.

It’s no surprise that The New York Times chose John to create their ski publication. By then his credentials were beyond impeccable. His time at SKI yielded exponential growth for the magazine. He helped launch programs that pumped new skiers into the sport. He kept a keen eye on environmental issues well before the general public even knew the words “climate change.” But most of all, he became one of the foremost ambassadors of our sport.

Working at Snow Country was a revelation. John insisted on excellence as well as teamwork. There, for five delightful years, I proved Miss Shickert wrong as I had the incredible chance to learn from the best. John could seem gruff at times—he was the curmudgeoniest curmudgeon I'd ever met. But that gruff exterior protected a gentle soul.

John was a master gardener, a lover of art, a braggart when it came to his children, and a man who absolutely loved everything about ski culture and mountain life. My kind of guy, and truly, everyone’s kind of guy.

Around 1996, I was working on a big feature for Snow Country, one that John took the helm on editing. My first draft was rambling, and I knew it. I feared sending it to the great and powerful John. But I forgot that John loves the process. My first try came back with a note from him: “Just keep writing! This is great stuff! Let it flow and then we will tamp things up.” Five, maybe six rewrites with colorful edit marks squeezed in the margins led to a final draft. I saved those manuscripts to this day because they are special to me. They represent how John helped me jump to the next level in writing.

Snow Country closed in early 2000, but that’s because John was ahead of his time. He knew that all this wasn’t just about skiing. He understood that every resort had an obligation to protect the Earth. He felt the connection every mountain sports person knows, and he shared it, used it to better things. He was the first journalist inducted into the Ski Hall of Fame. As it should be. John lived the reporter, journalist, and skier life I dreamed of as a child. But more than that, he built our industry up in ways that cannot ever be fully understood—growing smart and dedicated journalists who understand the mountain world; pushing for programs and projects that matter; always reminding us about the environment; and most importantly, preserving our history.

I picked the right idol. 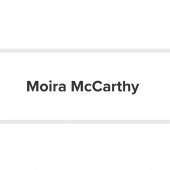