The Start of a US Ski Team Career

Learning to ski can be daunting for many, let alone learning to ski race. For recently named U.S. Ski Team Alpine C Team athlete, Kyle Negomir, laps on the NASTAR course at Copper Mountain, Colorado, established a ski racing foundation at a very young age. Now, Negomir, the 20-year-old, Denver, Colorado-native is competing at Nor-Am and National races for the 2018-2019 season.

One of his greatest accomplishments to date is winning the overall title for the 2016 National Junior Championships at the hill where it all started, Copper Mountain.

Negomir’s racing beginnings did not start immediately. He acknowledges that he grew up playing “just about every sport there was,” but nothing proved to be as physically or mentally challenging as ski racing.

Off to Europe tomorrow, but first I need your help! I was recently selected to represent the US at the World Junior Championships next week in Davos, Switzerland, and the rest of the team and I need help making up the funding gap for this trip. The T2 Foundation has supported many great American athletes, and being able to compete at events like this represents a big opportunity for our careers. Go to the link in bio @t2foundation to donate, anything helps!

Pretending to focus on starting my first World Cup tomorrow, pumped to be able to do it in my own backyard LFG #shredforbindu

“I first started skiing when I was about two with the ski program at Copper,” Negomir said, adding that his parents got involved in master-level racing through family friends before encouraging the start of his own racing career.

Located in 29 states, including Australia, and more than 100 ski hills nationally, NASTAR dominates in its accessibility, with categories in every age group. “Our big family trip would be out to NASTAR nationals, which was in Winter Park or Steamboat every year that I went,” says Negomir. His entire family was able to race alongside him at NASTAR Nationals, challenging Negomir and eventually influencing his decision to continue racing at a more competitive level through the Loveland Ski Club.

“I grew up skiing Loveland every day with my friends, so that place will always be one of my favorite places to come back to and ski,” he adds.

One of the most memorable aspects of NASTAR for Negomir was the ability “to go out on the hill whatever day you want and be able to actually compete.” He also remembers racing alongside family and friends — “that was the coolest part of it for me.”

The program introduced “the competitive aspect of ski racing” through side-by-side race courses, which Negomir suggests provides assurance to first-time racers because they are not alone. “You’re going to see whoever you’re racing right next to you; you know where you’re at.”

Sportsmanship and rivalries are fostered through the program. “I hope a coach or teammate describes me as a teammate above all,” Negomir says about his new career on the US Team. “I feel a responsibility to lead by example of hard work.”

Another learning opportunity NASTAR offers is through the grownups or master-aged racers, who Negomir says act as “people you are able to look up to.” Having the opportunity to meet “Billy the Kid” and similar “legends” at NASTAR Nationals is unique for athletes, who can see their role models provide times and goals that inspire generations. Negomir, who became one of the athletes in the National Pacesetting Trials at Copper Mountain for the 2018-2019 season, felt as if it was “a passing of the torch.”  Video

Like many other athletes, including Mikaela Shiffrin, Negomir saw Bode Miller as a ski-racing star. Negomir says Miller motivated him to “break expectations and succeed doing things the way I wanted to do them.”

To skiers of any age who are considering trying NASTAR, Negomir extends that there’s nothing to lose by trying it. “You can love it, you can hate it, but I think you’re going to have fun either way and get something out of the experience.”

Furthermore, for those considering racing at a higher level, Negomir offers that NASTAR is an easy way to determine one’s commitment level to the sport. He concludes that “it doesn’t matter what your ability level is, it’s always fun.”

Negomir will be spending the rest of the season traveling Europe and competing in Europa Cup and NorAm Cup circuits. He also has the opportunity to race at Dartmouth College, where many of his U.S. Ski Team members also compete. 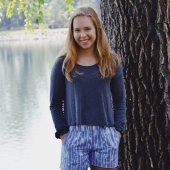